The first moving image of Lebanon was captured by Jean Alexandre Louis Promio, sent around the world by the pioneering Lumière Brothers. When he stopped over in Beirut he captured scenes of everyday life on the "Place des Canons" in 1897. Up until 1963, some 29 feature films had been made in Lebanon, initially by an Italian (Giordano Pidutti), and afterwards by mostly Lebanese cinematographers, technicians, producers and filmmakers.

By the 1960s, cinema was a highly popular outing in Lebanon and cinemas were found not only in the big cities such as Beirut and Tripoli but also small towns like Nabatieh, Marjayoun, and summer resorts such as Aley or Zgharta that attracted well-off locals and foreign tourists from across the region in the hot summer months. In terms of Arabic cinema, Egyptian cinema dominated, luring regional talents to Cairo, such as Asmahan and her brother Farid Atrash, Assia Dagher, and Mary Queenie, where Talaat Harb, a banker, set up Misr Studio in 1935. At the beginning of 1963, however, Egyptian films became regulated by the Central Cinema Organization. According to the Lebanese distributor Farid Jabre, "this resulted in a basic change in the general production policy. Egyptian films became principally propaganda vehicles containing socialist political ideas. This is the chief reason why these films do not enjoy the same success as before 1963, particularly in Lebanon where their audience has diminished considerably for it is not attracted to this type of subject."[1]

It was precisely at this time that Baalbeck Studios began operations at the very beginning of 1963 on a property purchased by Badie Boulos in 1957. In the "Annuaire des Sociétés Libanaises Par Actions" from 1965, Badie, as well as his brother Nassib, a lawyer, the journalist and politician Ghassan Tueni, and a fourth person only listed as "B.S.B." appear. The objective of the company is the "production of feature-length and short films, TV programs, radio programs, commercials, music records, etc." In April 1964, Boulos, in his capacity as chairman of the board of directors, announced the appointment of Mohamad Toufic el-Ghoussain as general manager. He would remain in this position until July 1968, effectively at the helm of the company throughout its busiest period during which the number of employees rose to 51 in 1966 before levelling off at 41 in 1968.

Baalbeck Studios was based in a large white stone building surrounded by pine trees and situated on a property in Sin el Fil where the Lebanese Recording Company (LRC) had previously been operating in the 1950s. Some of the staff, such as sound engineer Stanley Khouri, and much of the equipment (audio devices, projectors, processing machines as well as cinema cameras), notably from the French manufacturer André Debrie, were taken over from the LRC. The LRC, just like Baalbeck Studios, had been set up by Badie Boulos (1915-1977), a businessman, while some financial backing came from Intra Bank director Youssef Beidas, who established 48 companies, most of them in Lebanon and including the Phoenicia Hotel. The two men knew each other from their native Palestine. While Badie was a cultivated man, who collected art and also had a remarkable carpet collection in his home, he saw the movie industry primarily with an economic lens and as a vehicle that could promote Lebanon as a tourist destination.

Baalbeck Studios was a key player in the early years of broadcasting in Iraq and Kuwait and also Saudi Arabia, which called on the studio many times to film royal visits of the Saudi king. Moreover, it served as the go-to place for American and European producers who came to Beirut to discuss the planning of films to be shot partially or entirely in Lebanon. The who’s who of Lebanese, Egyptian, Syrian, Jordanian, and Iraqi cinema and broadcasting, as well as the music industry and commercial producers made use of Baalbeck Studios' processing or studio facilities over many years (including Sabah, Fairuz, Zaki Nassif, Wadih Safi, Nouhad Tarabey, Romeo Lahoud, and others).

The 276 office folders rescued were by and large in such a condition that they could be retained. These folders date back to the 1960s and early 1970s. The writing on the label was usually handwritten by Aida Albina, who worked as typist for the studio from 1966 until 1972, becoming management’s right-hand woman. Her name is often found on handwritten notations on correspondences, such as "execute Aida" or "Aida check." There are 25 folders on 16 and 35mm film, black and white and color, as well as two folders for the Laboratoires Franay Tirages Cinématographiques (LTC) in St. Cloud (France), and folders for the many suppliers that Baalbeck Studios used to get machinery or supplies from. Not surprisingly, the amount of folders related to accounting as well as other financial matters (e.g. Payment Vouchers and Contract for Services) takes up a large part of the lot and amounts to 78 folders.

There are 91 folders that are each about a specific film production, listing the name of the film, the producer or director, and year of production on the sleeve. The collection includes popular films made in the 1960s and 1970s that have entered the collective memory of much of the Arab world. The sleeves of the folders include the dates the production took place and mirror Arab cinema and music history. Some of the film production folders contain only a few dozen pages while others are filled with over a hundred documents. Some merely give insight into exchanges between the company and labs, most often based in France, whereas others allow one to gain detailed insight into the production, including anecdotes, challenges faced, and of course, financial matters. For example, within the pages of the salary yearbook of 1969, on the page dedicated to one of the company’s electricians, Najib Haddad, was the written comment “died in the Purgatory accident 28 September 1969” – and his last checks were in a sealed envelope clipped to the top of the page. During the filming of the last scene of Gary Garabetian’s film "Koulluna Fiday'in" (We Are All Freedom Fighters) at the Purgatory night club in Hazmieh, what was meant to be a fake explosion ended up killing seven people, including Garabetian and the producer Edmond Nahas.

The folders also feature big stars such as Farid Shawky (highly paid), Mounir Maasri, Chawki Matta, and Chouchou. Besides the ever-reinvented and highly popular musical genre and James Bond inspired movies like FBI in Beirut by Antoine Haj (1966) political films such as those advocating the Palestinian cause, notably Christian Ghazi’s 1967 feature "The Freedom Fighters" (Al-Fidayoun), and Rida Myassar’s "The Palestinian in Revolt" (Al Filisteen Al Thaer), "We are all Freedom Fighters" (Koullouna Fiday’youn) by Gary Garabetian and "Struggle until Freedom" (Kiffah hatta al-tahrir) by Abdel Wahab al Hind were prominent in the Sixties,

The studio lost much of its staff but tried to keep going after the outbreak of the civil war in 1975, even investing in upgrades and acquiring new equipment. In the 1980s, dubbing for a Japanese animation series was undertaken at the studio, to which Waheed Jalal, Samira Baroudy, Michel Abu Suleiman, Badr Haddad, and Samir Maalouf, among others, lent their vocal talents. Scripts for the following four series were found: Ranzi the Witch, Combattler V, Plawres Sanshiro, and Igano Kabamaru.

Action filmmakers Youssef Sharafeddine and Samir Al-Ghoussayni were among the filmmakers who continued to film during the war and who rented equipment from Baalbeck Studios or used their processing facilities. Other films made in the 1980s are for example Rafik Hajjar’s "The Explosion" (Al-Infijar) in 1982, André Gedeon’s 1982 film Lebanon in "Spite of Everything" (Loubnan roughma koula chai’), and "Paper Houses" (Bouyout min Warak) in 1984.

Staff folders provide an insight into how the company was run, individual careers, and at times also offer precious mosaic pieces of personal and family histories. The folders full of invoices and documents often also contained handwritten comments that not only gave insight into the running of the most successful sound studio in the region and one of the most advanced film processing labs but also into the strong personalities that dreamed it, built it, and worked for it.

Among the staff employed in the 1960s were Palestinian, Syrian, Egyptian, and Jordanian and even a few non-Arab nationals, notably the American (unconfirmed) Frank Harris, who was also listed as a shareholder in a document of the 1965 Annuaire des Sociétés Libanaises. Cleaning staff in the early days of the studio was of Lebanese or Syrian origin. Some members of staff were able to move up in the company, such as Noureddine Mohamad, who started out as a cleaner in 1963 and only two years later was promoted to lab assistant, then in 1972 to the position of a lab technician.

Women tended to be employed as secretaries or typists, like Aida Salloum, who married David Albina in 1973. David started out as a lab technician in 1963 and by 1973 was listed as deputy film lab director. Najah Khayyouf was hired as a lab technician on April 1, 1965, and became a "monteuse" (negative editor) in 1972 and stayed for three more years until getting married, eventually coming back to work at the Studios well into the 1980s. Georges Costi’s daughter Nawal is also supposed to have worked as a negative cutter at Baalbeck Studios.

Many recordings or film productions could never have been accomplished had it not been for the highly dedicated staff of Baalbeck Studios – as a great amount of references regarding overtime reveals. The lab and studio operated around the clock and staff often did overtime, such as Youssef Sleiman, who once informed management about his sleeping in the studio. Besides notes that circulated asking for donations when a staff member got married, there is a memo regarding a fine to be issued to an employee who had been caught drinking arak on the job… There were also tragic, personal stories such as the case of Roger Anhoury, financial controller, who sent an urgent plea on February 23, 1979, to be paid out as his home in Badaro had been demolished by a rocket.

The sound department ultimately was the most successful department of Baalbeck Studios. Much of the state-of-the-art equipment and the high standard in recording were due to the men working there, such as Stanley Hanna Khouri (August 5,1934 – June 14, 2010) and sound engineer Farid Abul Kheir. According to actor, director, and producer Mounir Maasri, who frequently worked at Baalbeck Studios, notably starring in Gary Garabetian's film Garo (1965), Khouri "literally built that sound department."

Keeping the Archive and Story Alive 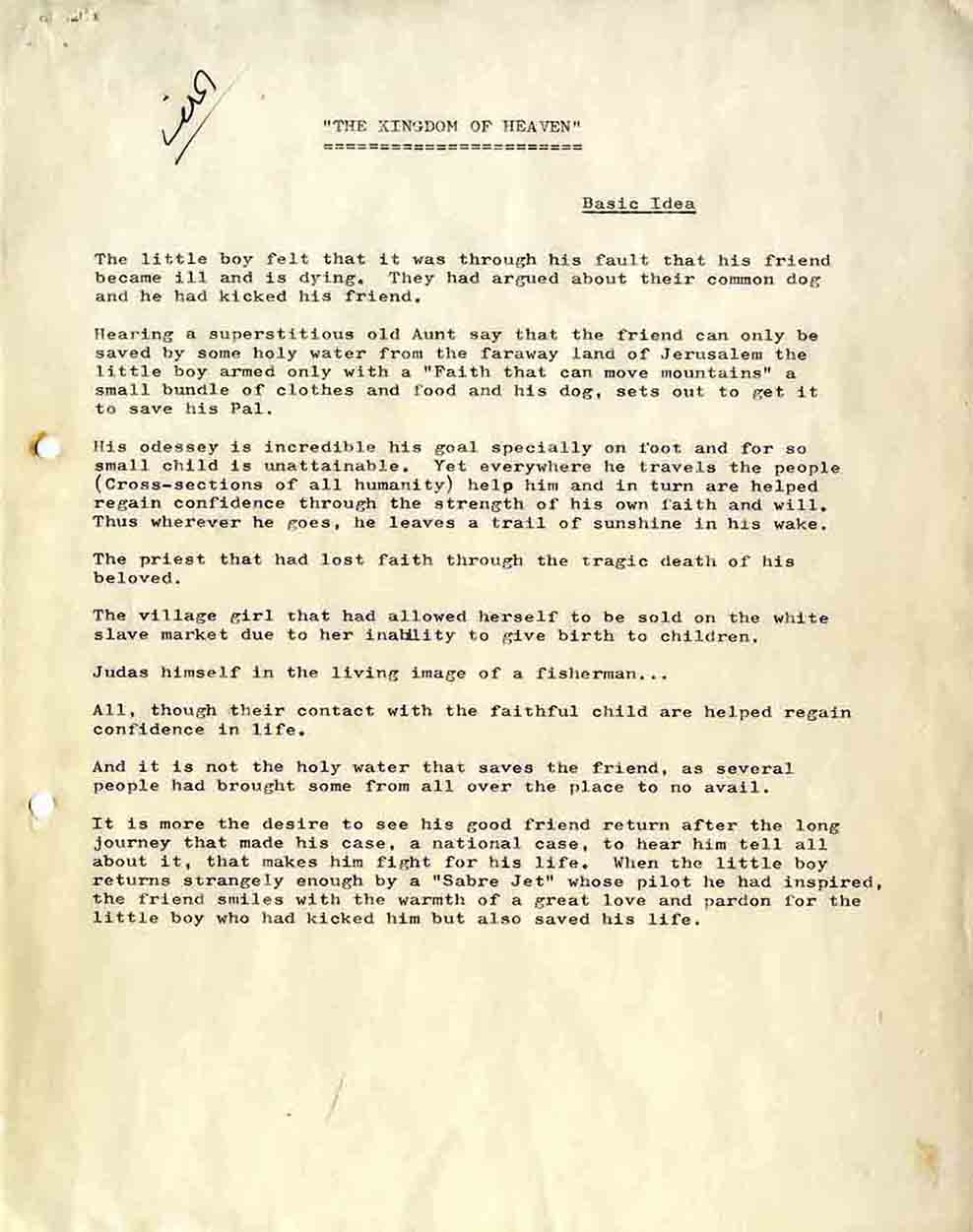 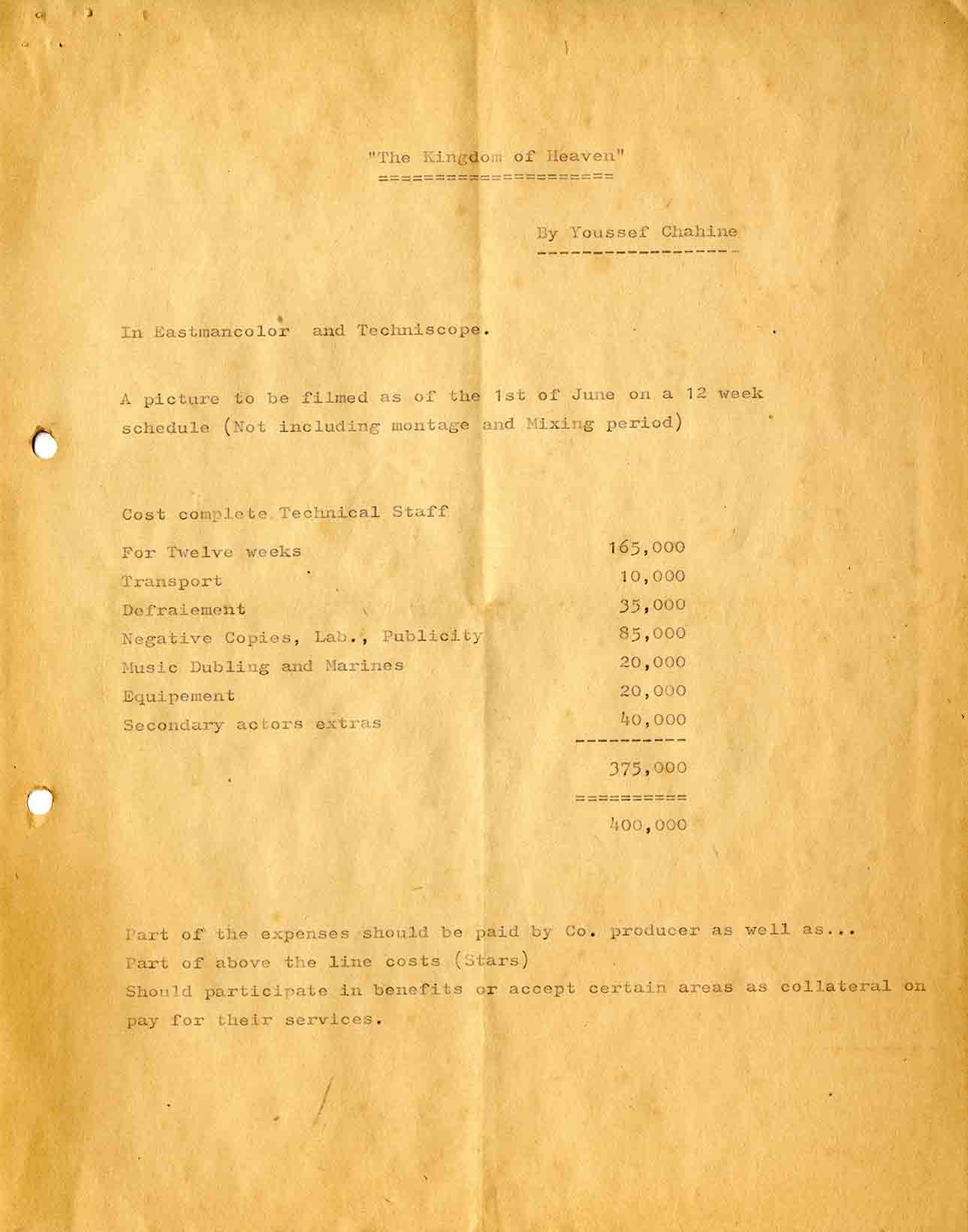 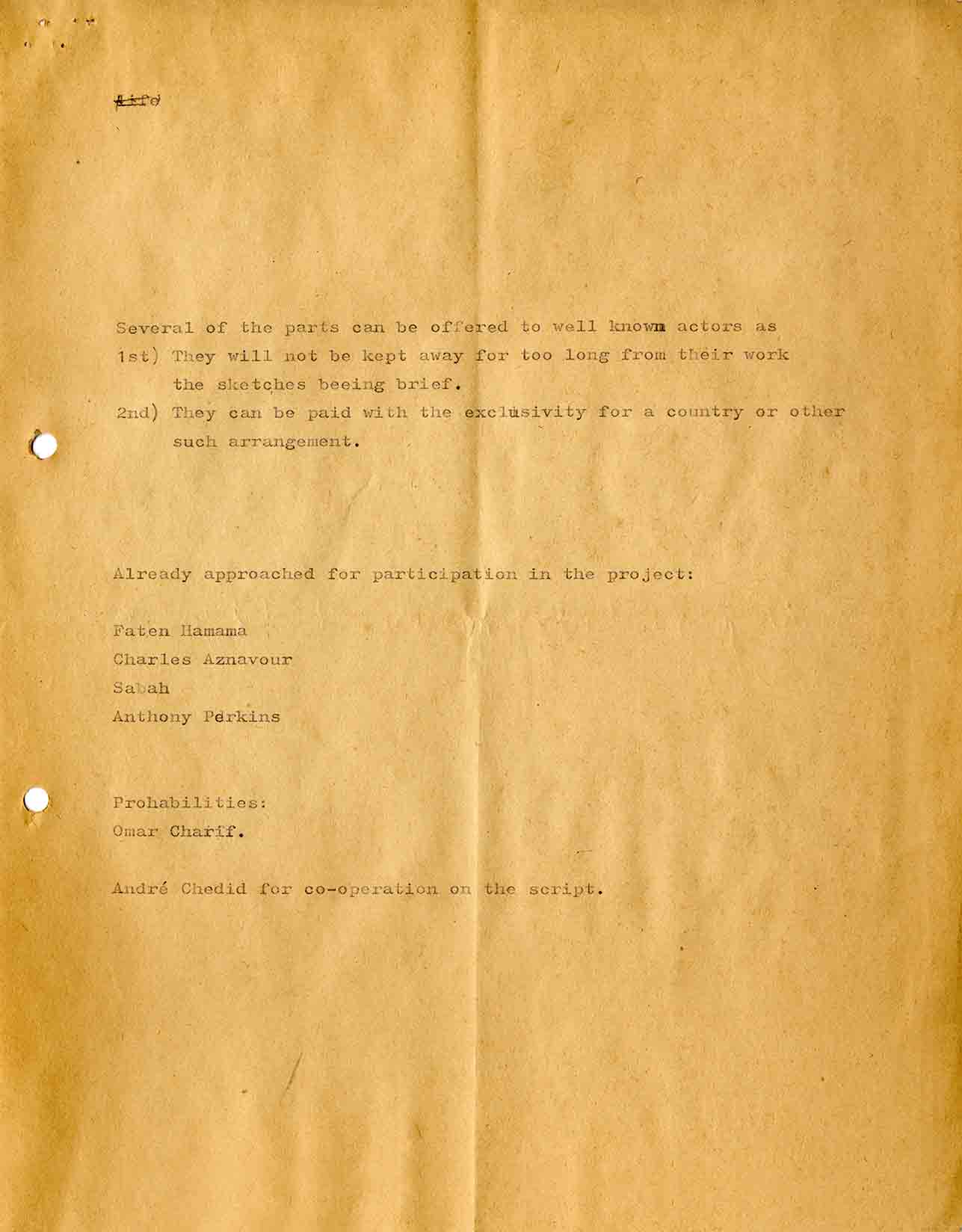 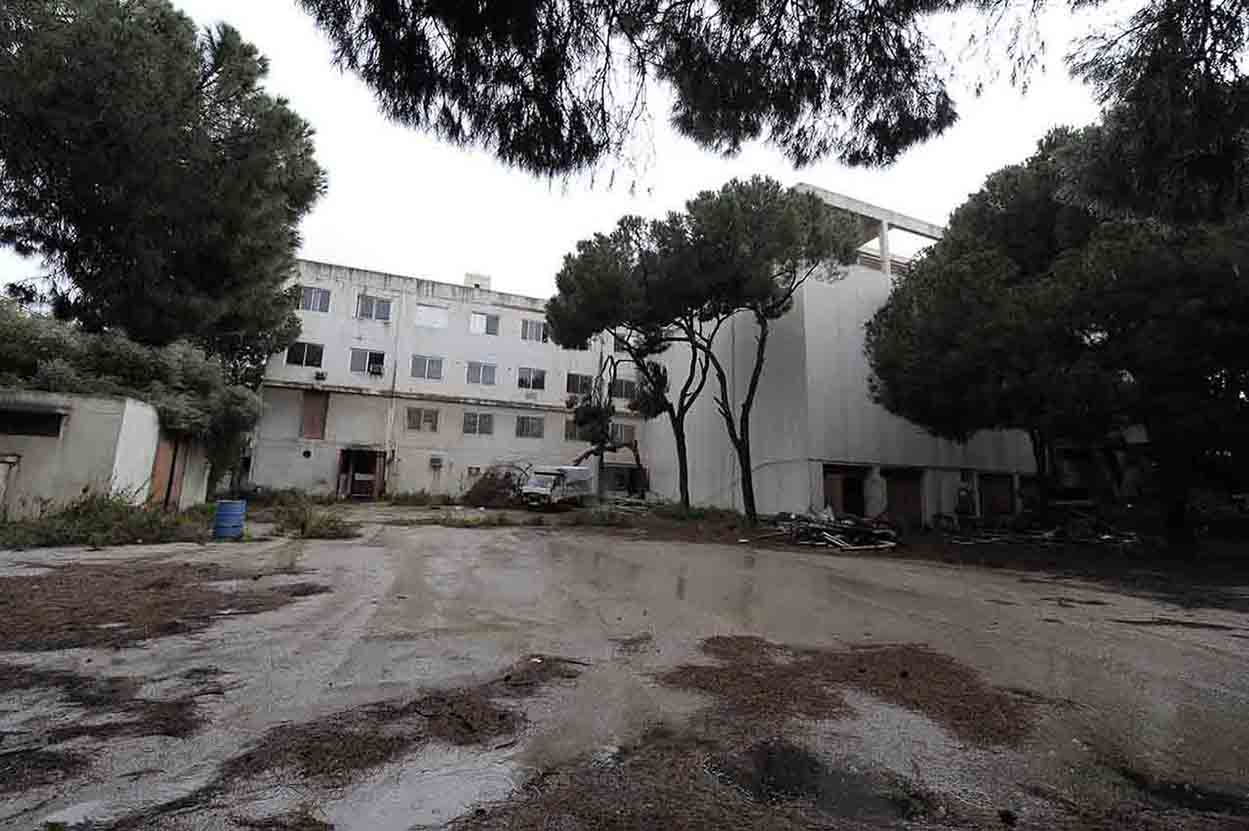 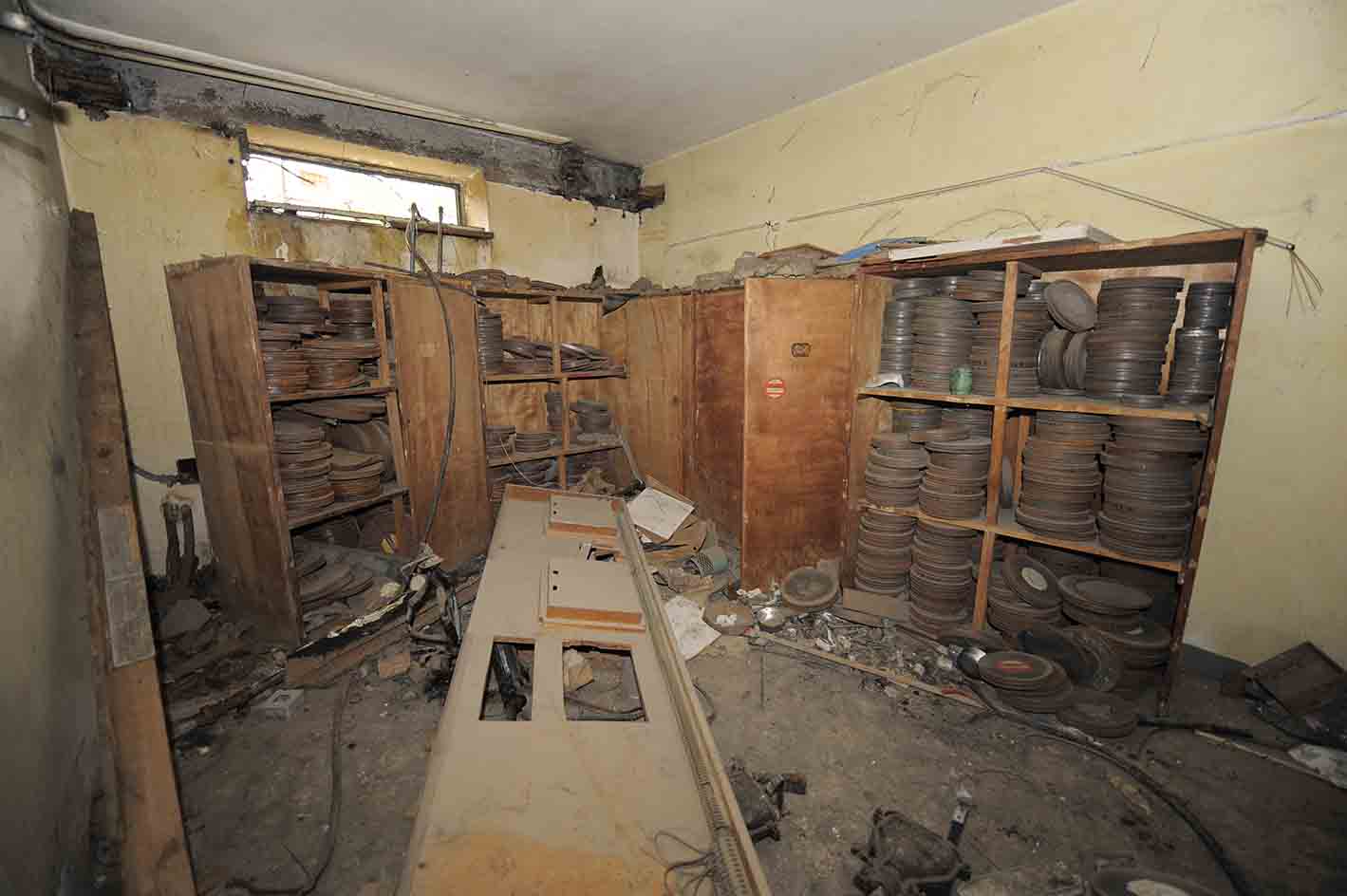 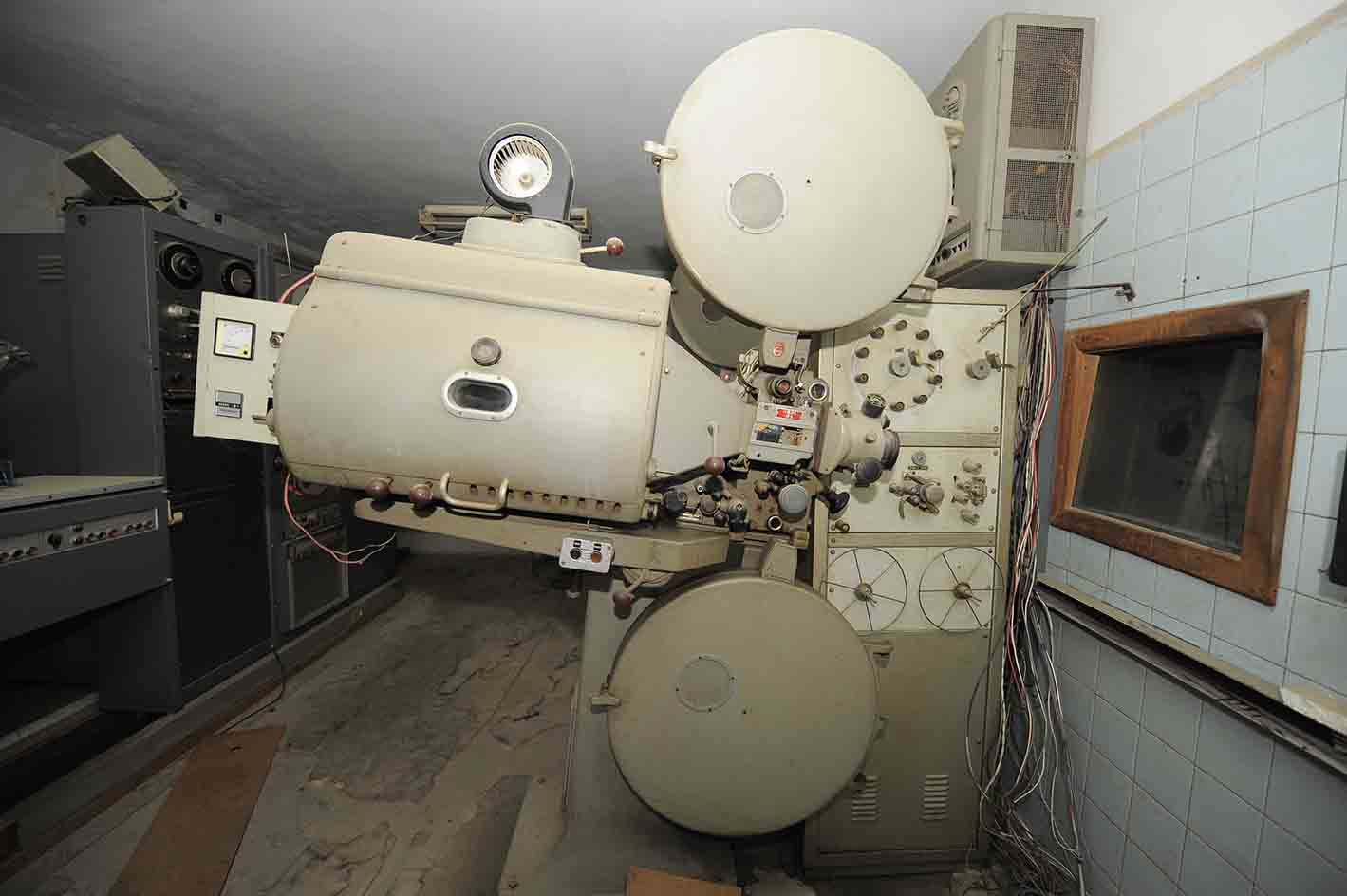 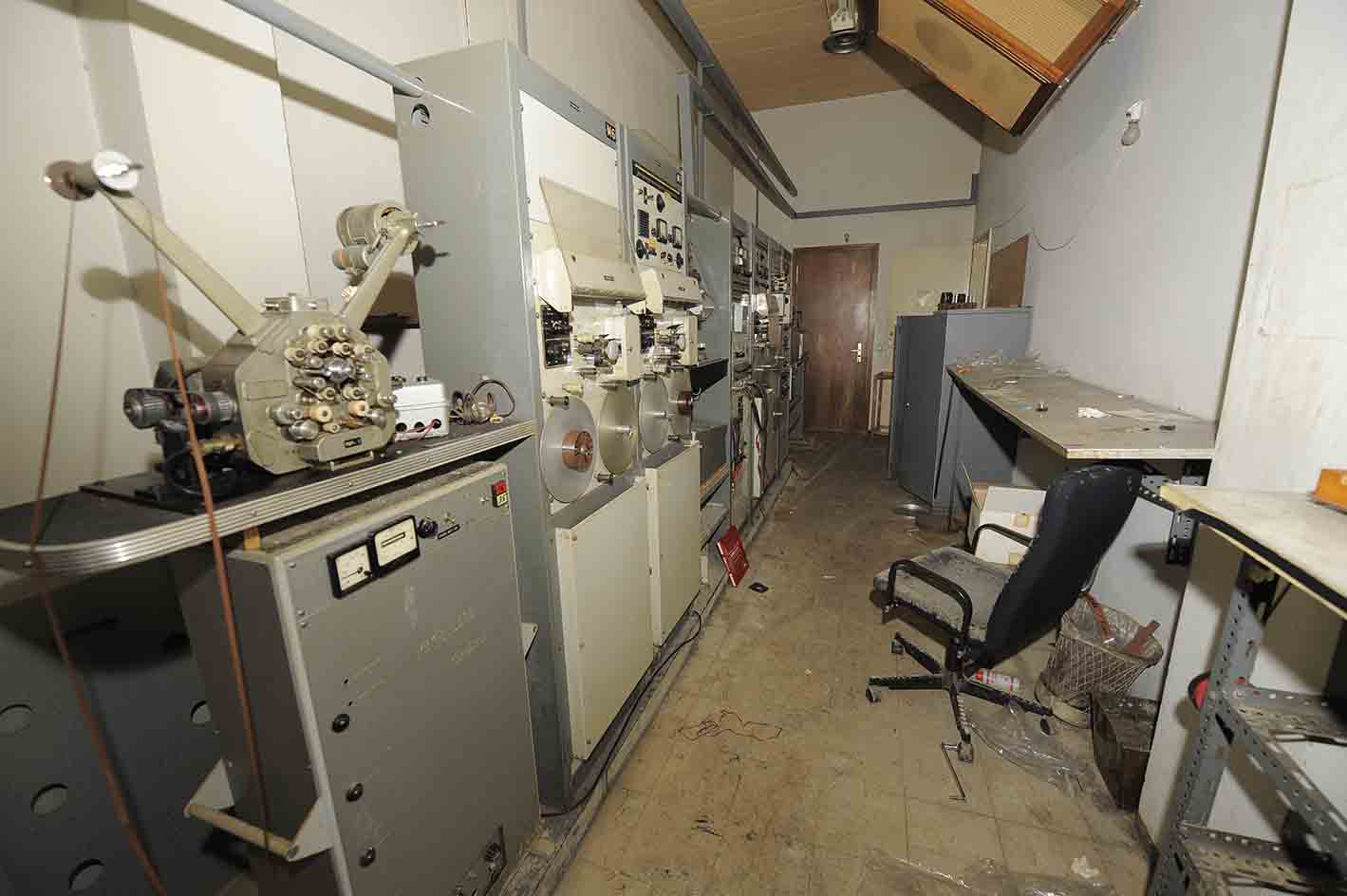 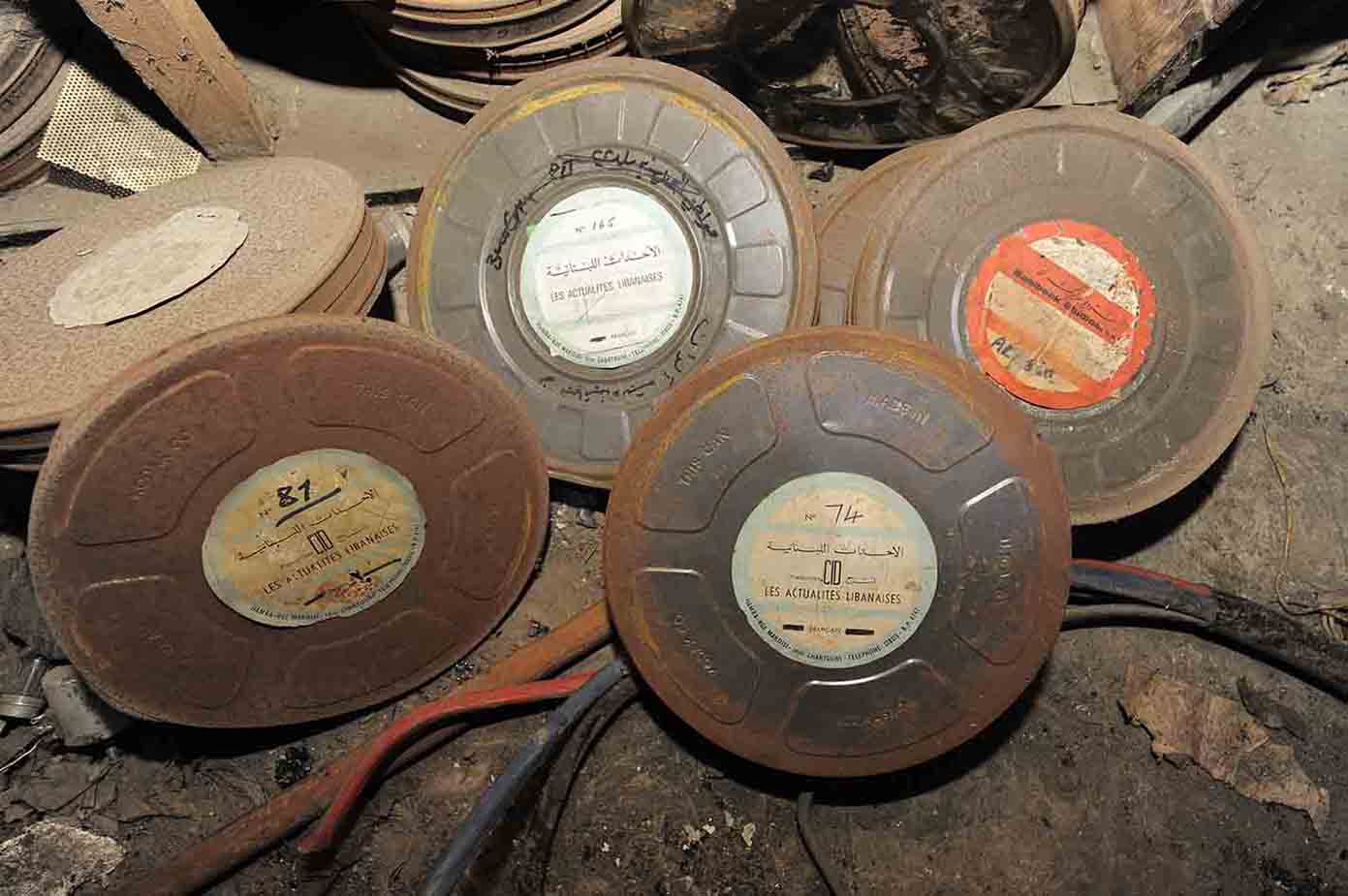